December 4, 2015
Presenting the Beth Tikvah Hanukkah Learning Packet.  The contents include:
1) 2015/5776 Dates For Hanukkah
2) Capsule Summary Of The Story/History Of Hanukkah
3) Hanukkah Blessings (Hebrew & Transliteration) With Instructions For Lighting The Candles
4)  The Most “Up-To-Date” Rules For Playing Dreidl
5)  The “Top Six” Songs Of Hanukkah
Take a moment to print a copy of the Hanukkah packet.  I think you’ll find this most informative.  It will improve your understanding and appreciation of the holiday of Hanukkah.  If you have any questions, don’t hesitate to call or e-mail.
Rabbi Howard Siegel
“Almost” Everything You Need To Know About Hanukkah

When Is Hanukkah Celebrated This Year?
The 1st candle of Hanukkah is lit on Sunday, December 6, 2015 after sundown, with the final (8th) candle lit on Sunday evening, December 13, 2015.

How About A Capsule Summary Of The Story Of Hanukkah?
As with other festivals in the Jewish year, there seems to be a dual origin to Hanukkah-seasonal and historical.  The historical story is quite well known.  The Maccabee family, headed by brother Judah, led a revolt/civil war against the occupying Syrian forces and the assimilated Temple leadership in Jerusalem around the year 165 BCE.  They succeeded in forcing the Syrians to make peace and give them control of Jerusalem and its surrounding environs.  The Maccabees celebrated the victory with the inaugural celebration of Hanukkah.  Each subsequent year, the holiday was celebrated as a tribute to the Maccabean ruler in power and the great victory of his ancestors.  By the 1st century of the Common Era, the rabbis of the Talmud had grown weary of this celebration honoring descendants of the original Maccabees, many of who were not worthy of the tribute.  Nonetheless, the holiday had found appeal among the people.  Rather than abandon the celebration, the ancient rabbis introduced the “miracle of the oil” attempting to avert attention from the Maccabees.
Not only were the rabbis concerned about paying tribute to less-than-worthy descendants, they were also opposed to promoting the miracle of  “a few prevailing against the many”.  “Miracles”, such as this, encouraged zealotry in the place of reason and sensible decision.
In our day, we have come to understand the two stories of Hanukkah as one:  The Maccabees gloriously re-conquered the Temple and discovered the single vile of oil that burned for eight days.
There is also a seasonal dimension to the holiday.  Long before the Maccabees, there was some form of established winter festival at this season of the year.  The festival had to do with the gradual increase in daylight after the ominous, steadily darkening days of late autumn.  A number of legends connect Hanukkah with this winter solstice celebration.  Another motif had to do with the kindling of fire, reported as an ancient Jewish custom at the dedication of the Temple altar.  A third motif related to the festival of Sukkot.  Some historians believe the Maccabees were engaged in warfare during Sukkot, and thus unable to celebrate the holiday at its proper time.  Therefore, when they concluded their victory on the 25th of Kislev in 164 BCE, the first thing they did was celebrate Sukkot for eight days.  In subsequent years, this winter celebration became Hanukkah.

Rules For Playing Dreidl
In addition to the lighting of an eight-branched menorah, a game of chance developed in Eastern Europe known as dreidl-a derivative of a German gambling game.  The Hebrew word for dreidl is Sivivon.  It is played with a four-sided top.  Each side has a letter inscribed on it: nun, gimel, hay, and shin.  These are the first letters in the Hebrew phrase “a great miracle happened there (in Jerusalem).”  In gematria (Hebrew numerology), the numerical value of nun (50),  gimel (3), hay (5), and shin(300) is 358, which is the same numerical value of the Hebrew word  (“Mashiah”, or Messiah).  We hope the celebration of Hanukkah brings us closer to the Messianic era!
Here’s how to play the basic dreidl game:
1. Any number of people can take part in this great game.
2. Each player begins the game with an equal number of game pieces (about 10-15) such as pennies, nuts, chocolate chips, raisins, matchsticks, etc.
3. At the beginning of each round, every participant puts one game piece into the center “pot.” In addition, every time the pot is empty or has only one game piece left, every player should put one in the pot.
4. Every time it’s your turn, spin the dreidel once. Depending on the outcome, you give or get game pieces from the pot:
a) Nun means “nisht” or “nothing” [in Yiddish]. The player does nothing.
b) Gimmel  means “gantz” or “everything” [in Yiddish].  The player gets everything in the pot.
c) Hey means “halb” or “half” [in Yiddish]. The player gets half of the pot. (If there is an odd number of pieces in the pot, the player takes half of the total plus one).
d) Shin (outside of Israel) means “shtel” or “put in” [in Yiddish].  The player adds a game piece to the pot.
5. If you find that you have no game pieces left, you are either “out” or may ask a fellow player for a “loan.”
6. When one person has won everything, that round of the game is over! 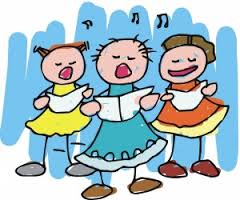 And What Would Hanukkah Be Without Song?

Who can retell the things that befell us?

Who can count them?

In every age a hero or sage came to our aid.

Hark! In the days of yore in Israel’s ancient land

But now all Israel must as one arise.

Redeem itself through deed and sacrifice.